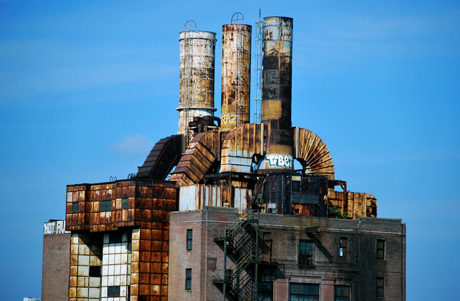 Last week this Rust Belt Sustainability article caught my eye. We’d just returned from our week-long excursion and many of the cities we drove through—Chicago, Gary, Cleveland, Philadelphia, Buffalo, Lansing—certainly fit the bill as “rusty” cities.

Rusty or not, these 20th century-developed cities have begun renaissance movements that include beautiful architecture, distinctive restaurants and trendy art scenes.

Do you live in the Rust Belt? What initiatives has your city taken on?