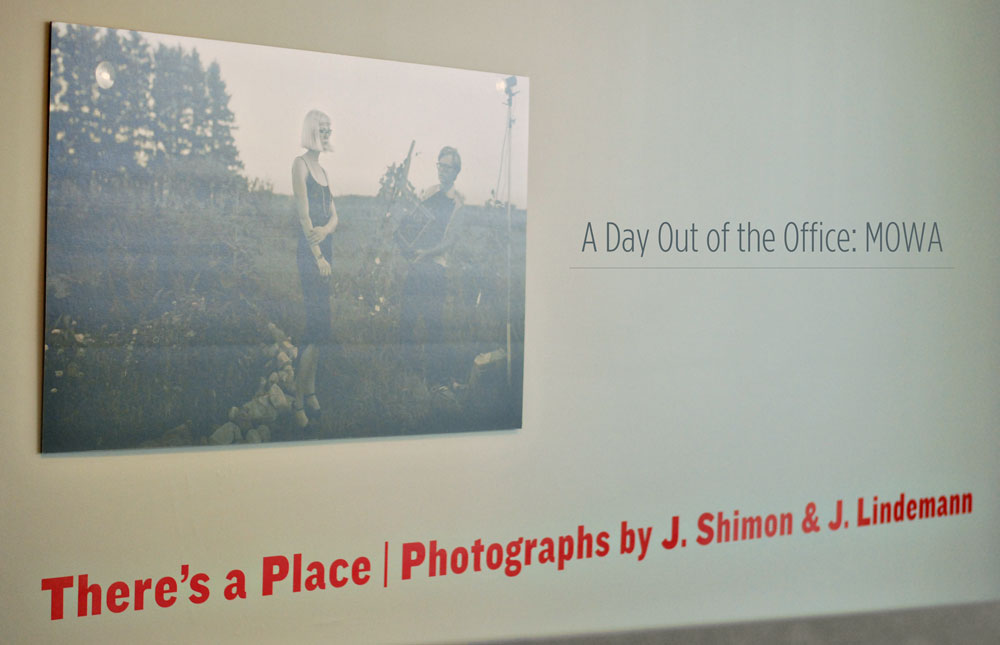 Last week my husband and I stepped out for a day and headed up to the Museum of Wisconsin Art (MOWA). It was a bit impulsive, but, oh, so worth the trip. 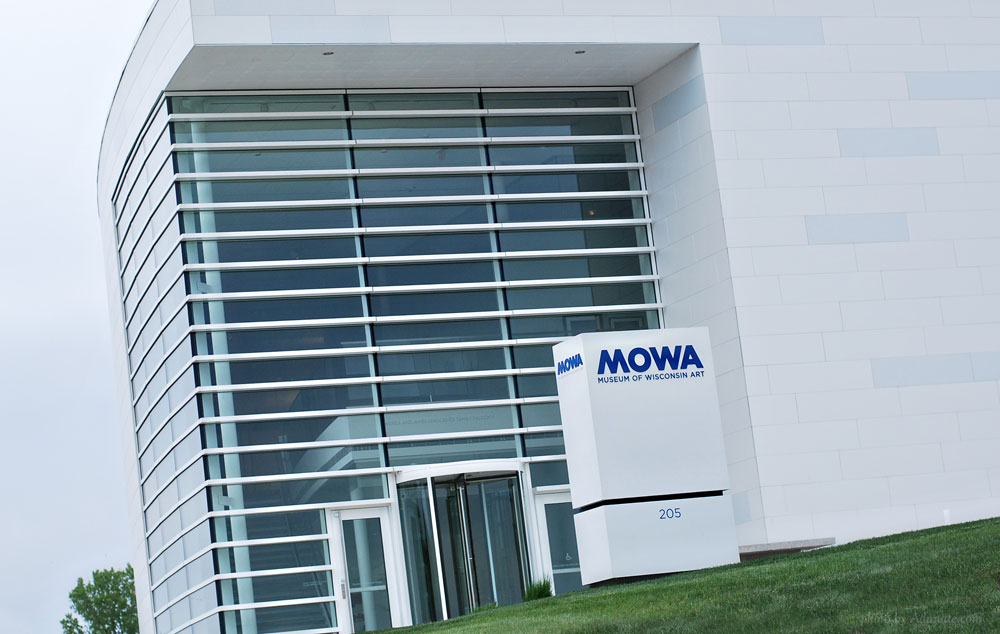 MOWA is located in West Bend and is a delightfully unpretentious, yet highly cultivated celebration of Wisconsin art. 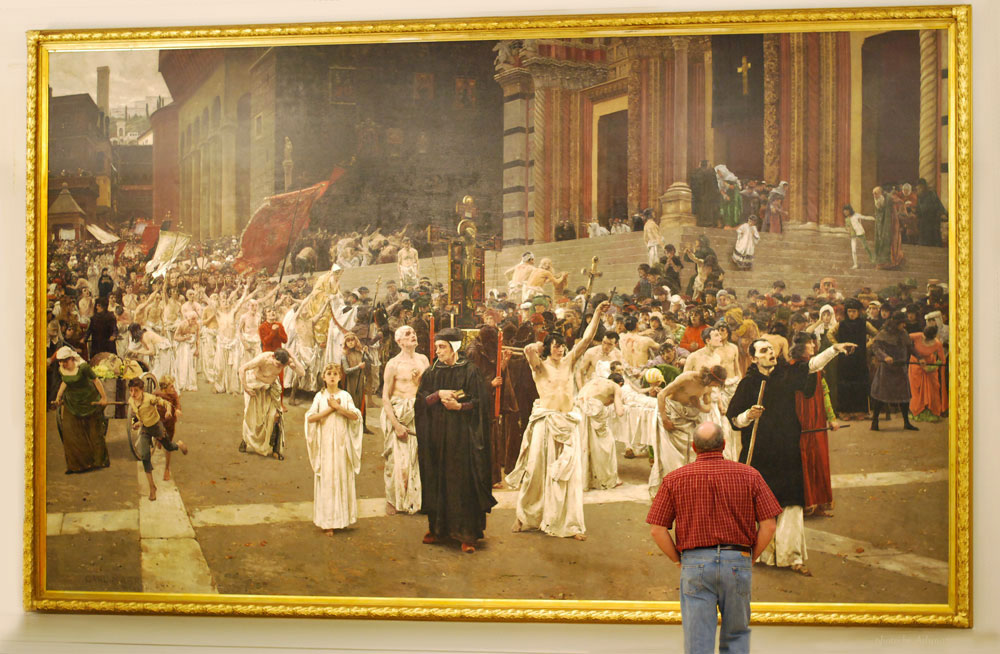 The museum was initially founded in 1961 to showcase the works of Milwaukee-born artist Carl von Marr (1858-1936), including this stunning The Flagellants. It’s now grown to be the most comprehensive collection of Wisconsin art in the state. 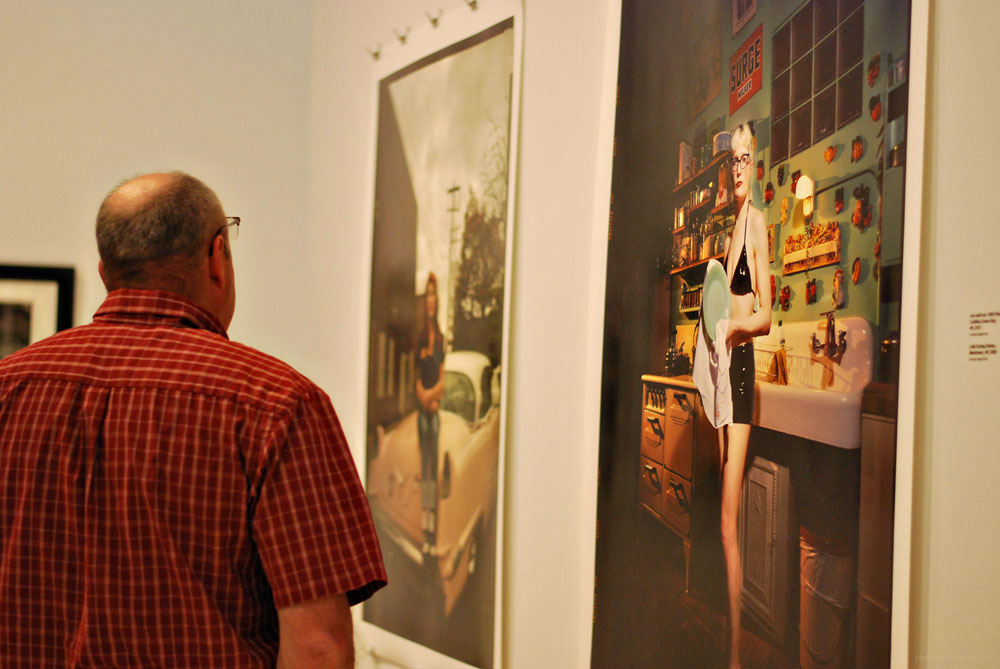 The works are all great, but I especially wanted to see the current exhibit There’s a Place, by photographers J. Shimon & J. Lindemann. I love this collaborative duo and the eclectic work they do. At a time when the rest of us get quick and easy results with DSLRs, John Shimon and Julie Lindemann meditatively create storytelling portraits with antiquarian cameras and techniques. 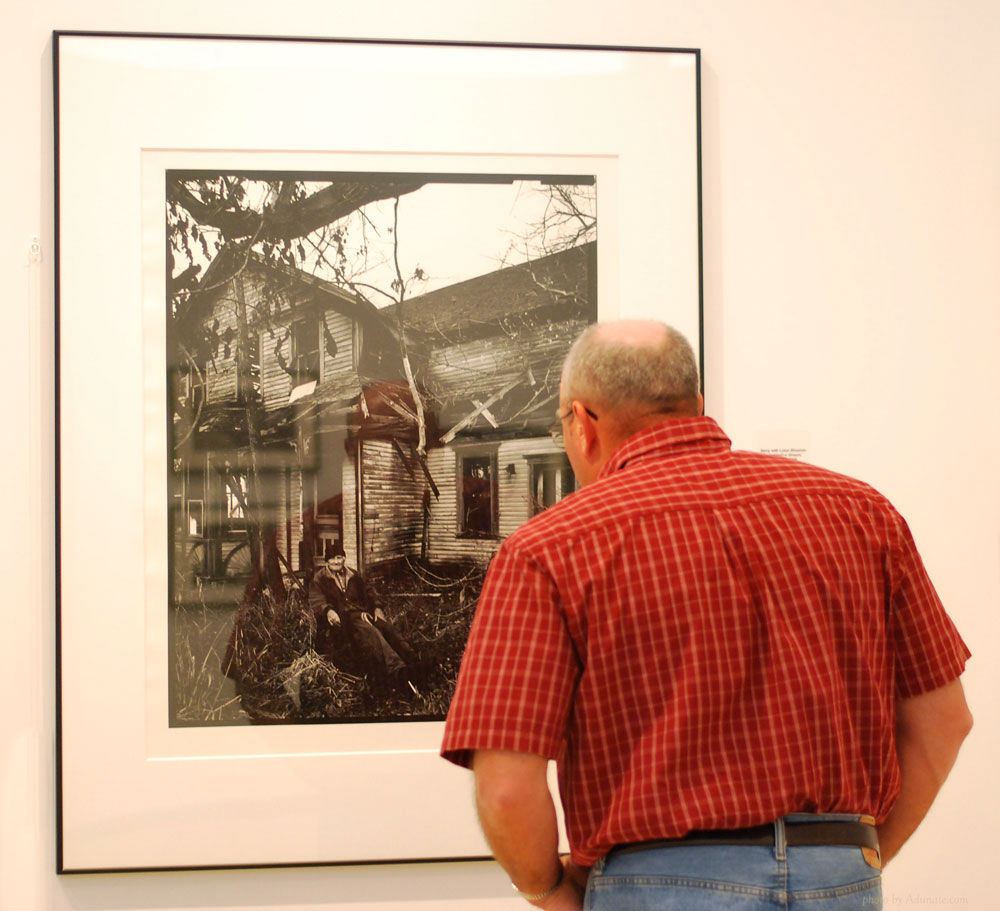 This piece is my favorite. Years ago, one of my photography class assignments was to emulate a favorite photographer. Of course I chose Shimon and Lindemann. I did my interpretation of Herman Resting in Front of His Farmhouse and my ever-patient husband posed as Herman. We had such the fun putting it together; I can only imagine the special times Shimon and Lindemann have as they create their pieces. 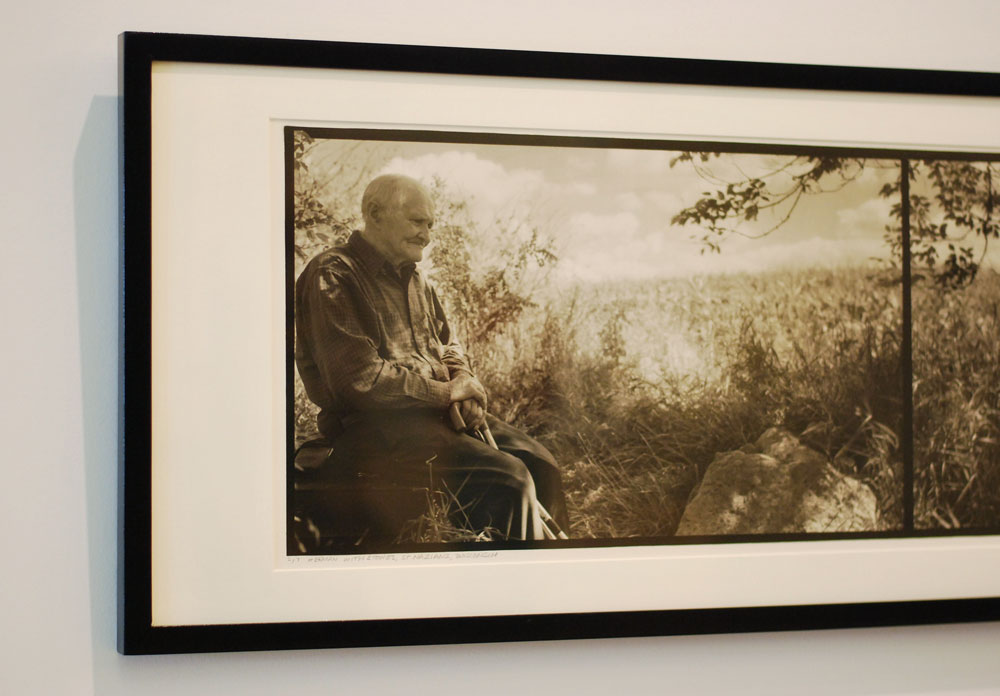 Herman with Stones — such peaceful simplicity, don’t you think? Picking rocks from the fields in spring and dumping them off on the fence line is a cultural part of Wisconsin farming. This immortalization of the commonplace we know so well is what makes Shimon and Lindemann beloved.

Shimon and Lindemann also capture what perhaps isn’t normally exposed to outside folk. When you learn Herman’s story, it’s obvious he was rather eccentric. Yet Shimon and Lindemann found beauty in his oddities just as they do each of their subjects. To quote one reviewer, “their portraiture serves to neither glorify nor criticize.” I think that’s what I like most about their work. It reminds me that God has made everyone with a unique story and each is as important as the other.

On top of that, Shimon and Lindemann’s portraiture is fun and eclectic.

All photos taken by Adunate, with the permission of MOWA.

Snowshoeing: Things I notice vs. things he notices