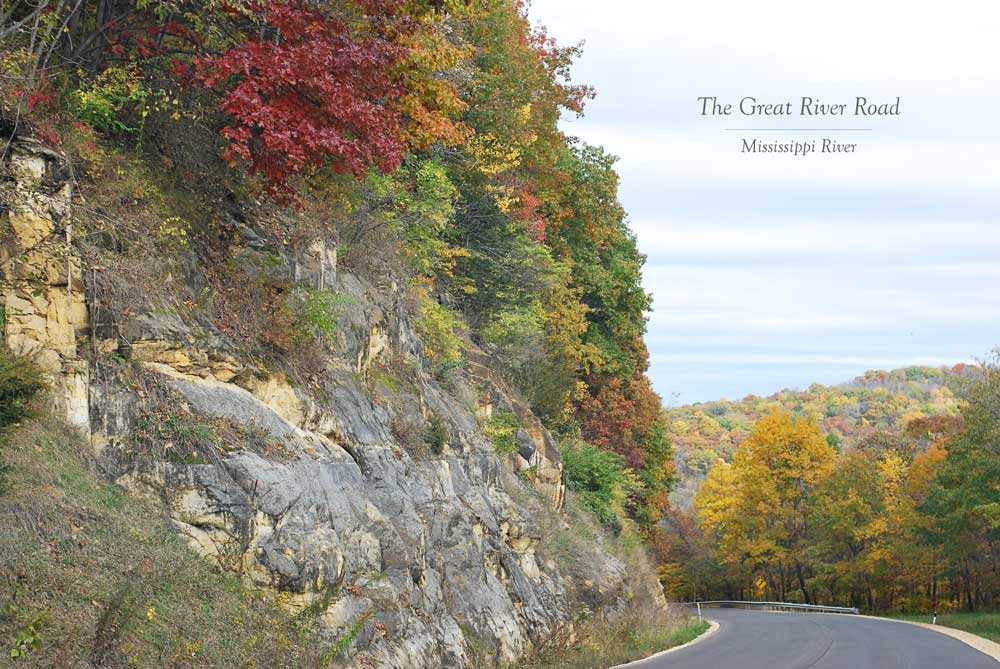 Where do I begin when I have a gazillion pictures of brilliant autumn color, magnificent rock formations and serendipitously winding roads? I could share them all, but first allow me some digression.

Tuesday after touring Minhas Craft Brewery in Monroe, we pointed our car westward and headed to Cassville, Wis. We had a cabin on the Mississippi waiting for us, but by time we settled in, it was cold, raining and dark. 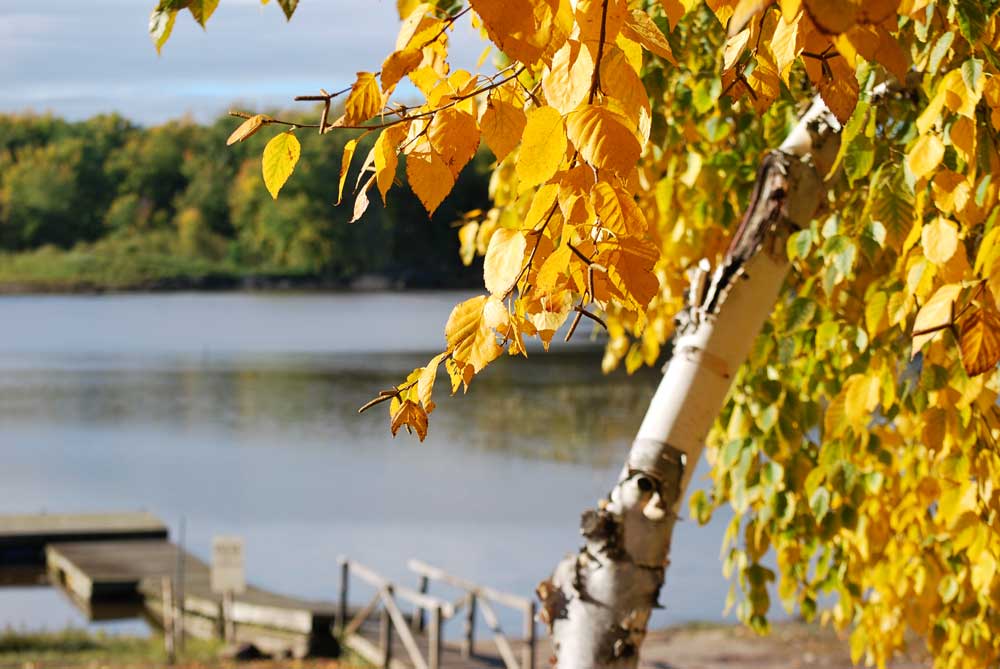 When we woke up the next morning—voilà!— here was this welcoming view from our deck. Sunshine. Warm temperatures. The river. 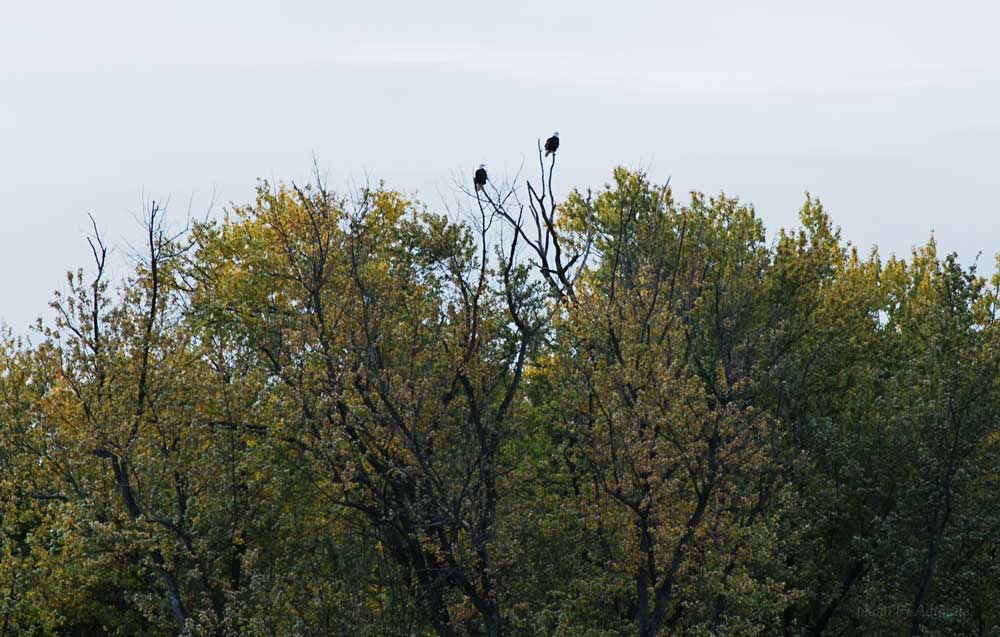 Bald eagles! Lots of them!

Aptly named, our cabin was part of the Eagle’s Roost Resort. We had such a beautiful view of the river, waterfowl and these soaring eagles. I’ve decided a zoomier lens is next on my not-totally-necessary-but sure-would-be-nice purchases. 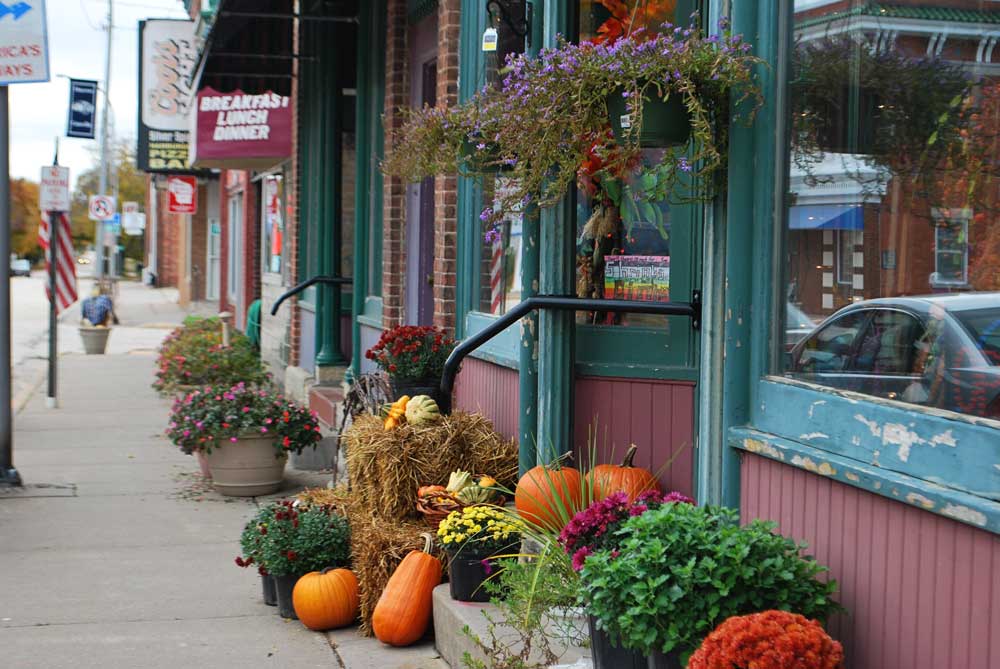 Cassville wholeheartedly lives up to the expression “sleepy little river town.” It’s a Main-Street village nestled in the narrow stretch between the bluffs and the river. Add a railroad track to that, along with a train coming through every hour or so, and you’ve got a perfect picture of every town up and down the river.

We had a fun breakfast at this cafe. We sat by quietly listening, laughing and finally joining in with the locals as they shared the neighborhood gossip with us. We learned quite a bit! 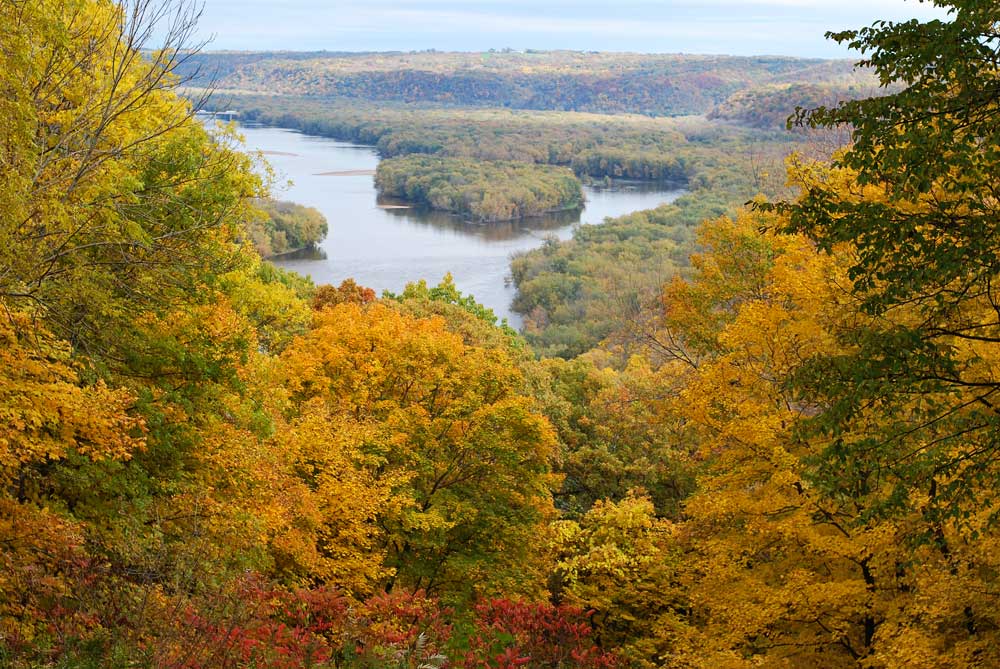 And then, because we’ve been eating the tastiest of Wisconsin’s food and topping it off with some mighty fine beer (it is our Octoberfest Tour, after all!), we ventured to work it off by trekking through two state parks; Nelson Dewey and Weyalusing. Let’s just say these bluffs are breathtaking in more ways than one. 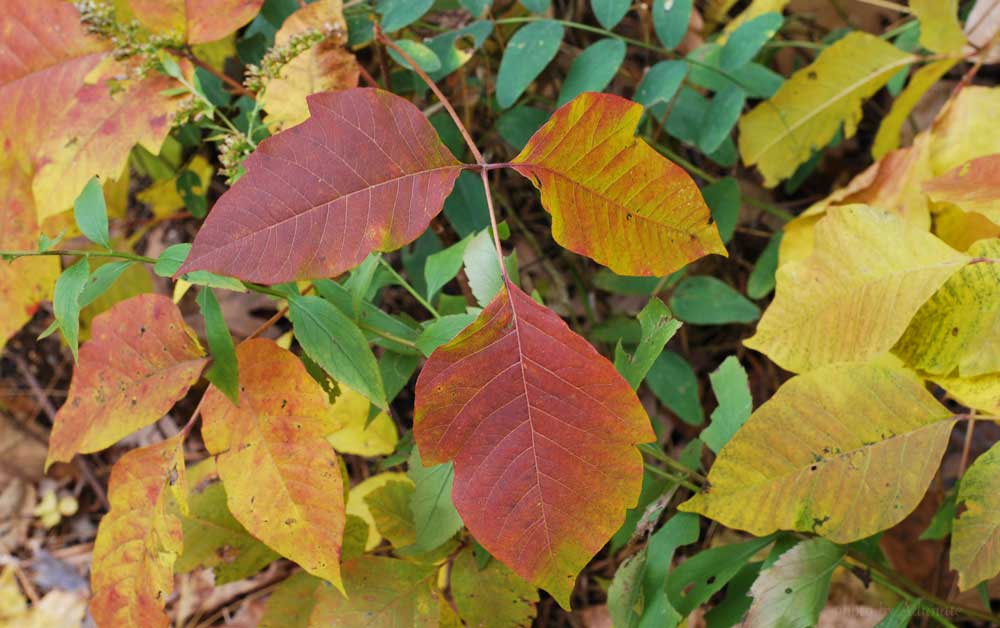 I thought a quick stop behind a tree was necessary until I saw these leaves of three. Gee, but they’re pretty. I decided my urgency, like many of life’s woes, was all in my head and I could wait until we got back to the rest area. 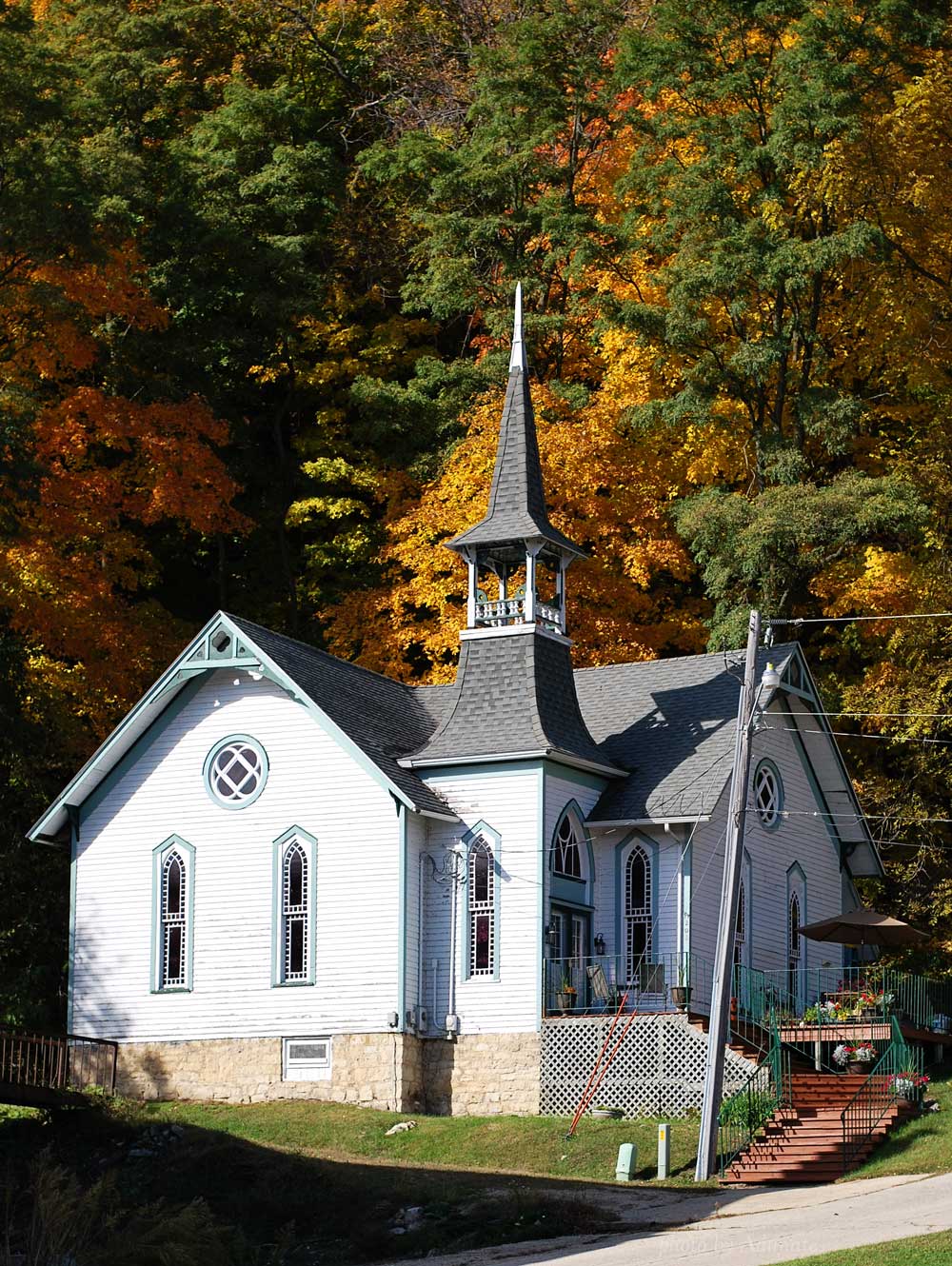 We hopped across the river into Marquette, Iowa, to see this totally adorable church. Would you think it’s now repurposed into a home? Perhaps a Doors Open is in order? Imagine seeing those bluffs out your back window. 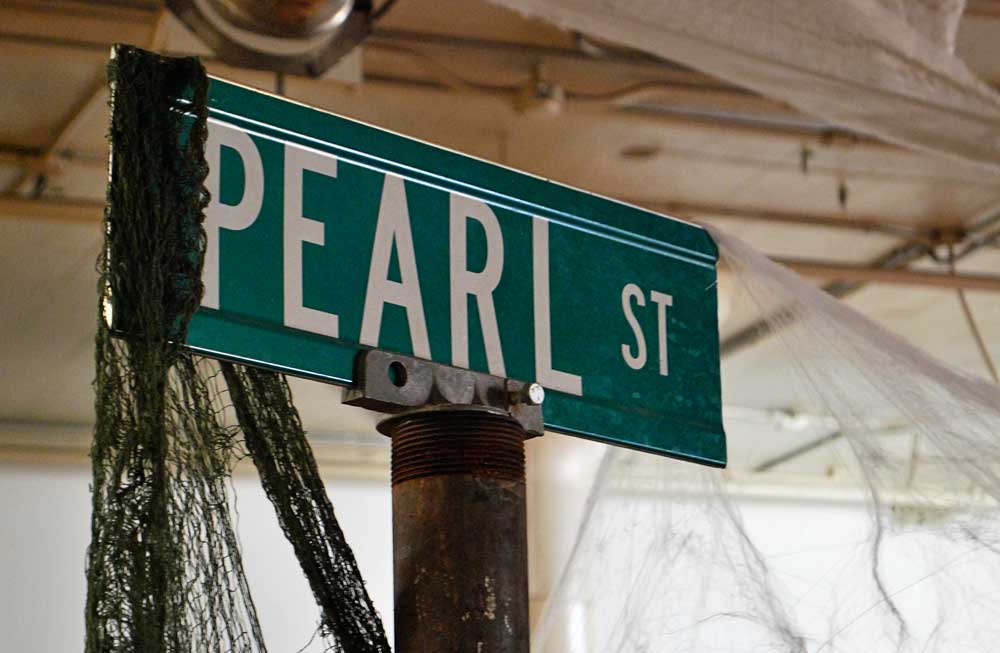 Finally, at the end of a meandering day, we made it up to La Crosse and checked into our hotel on Pearl St. And eventually found the Pearl Street Brewery, which incidentally is not on Pearl Street. But I’ll leave that for another day.

In the meantime, here’s another shot of a gorgeous winding road. 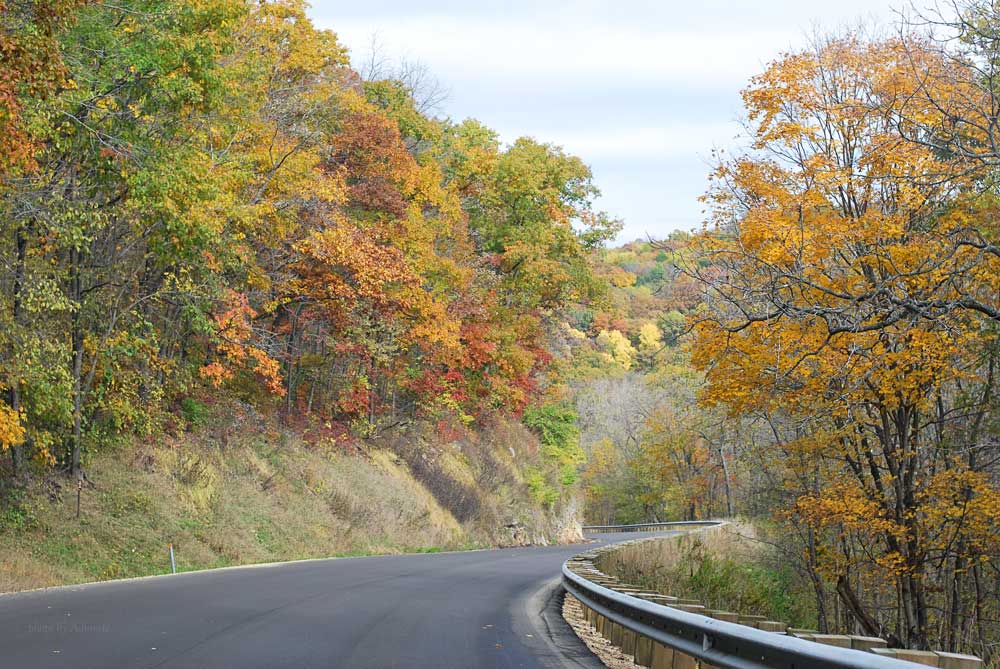 A bend in the road is not the end of the road…unless you fail to make the turn. — Unknown