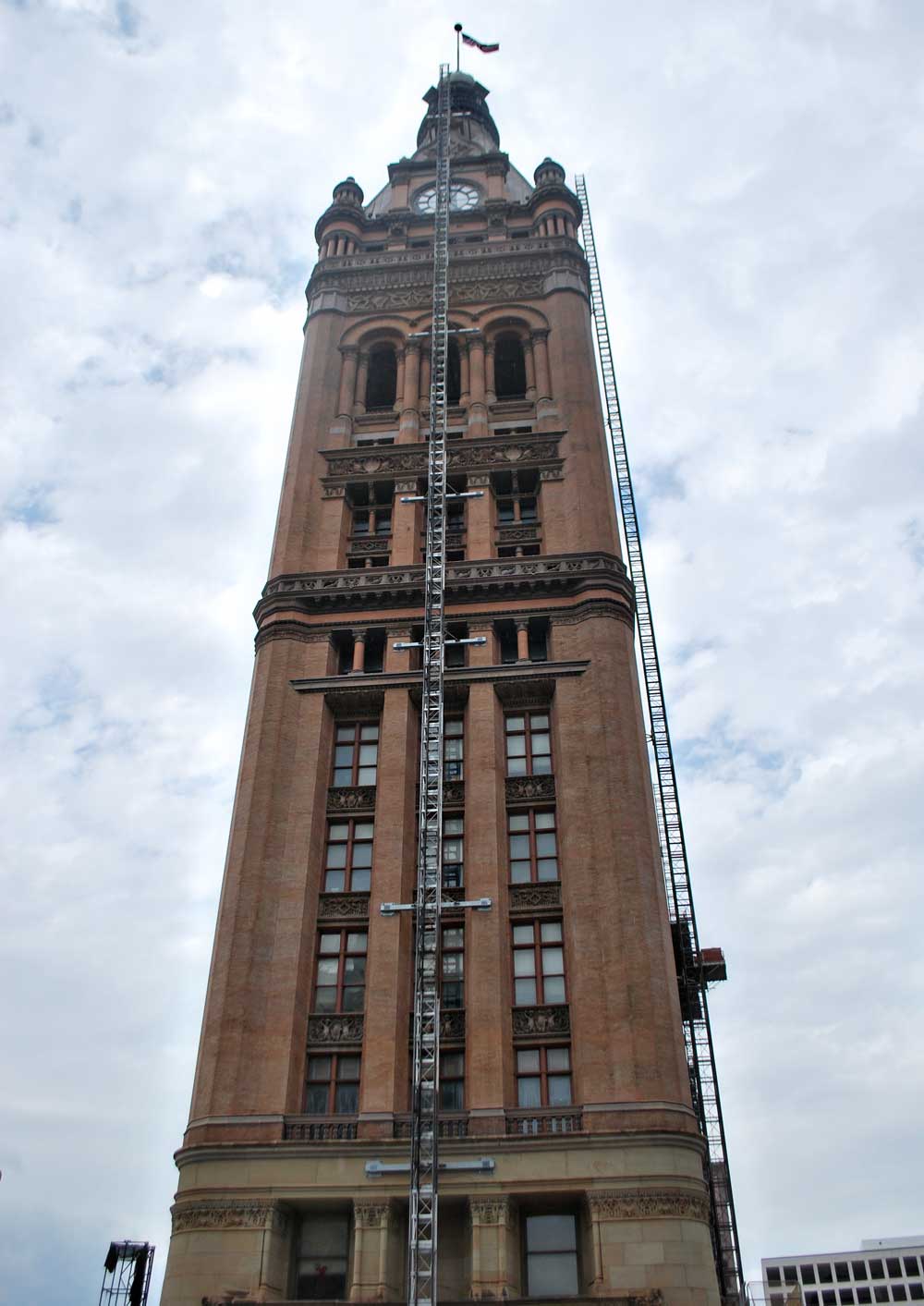 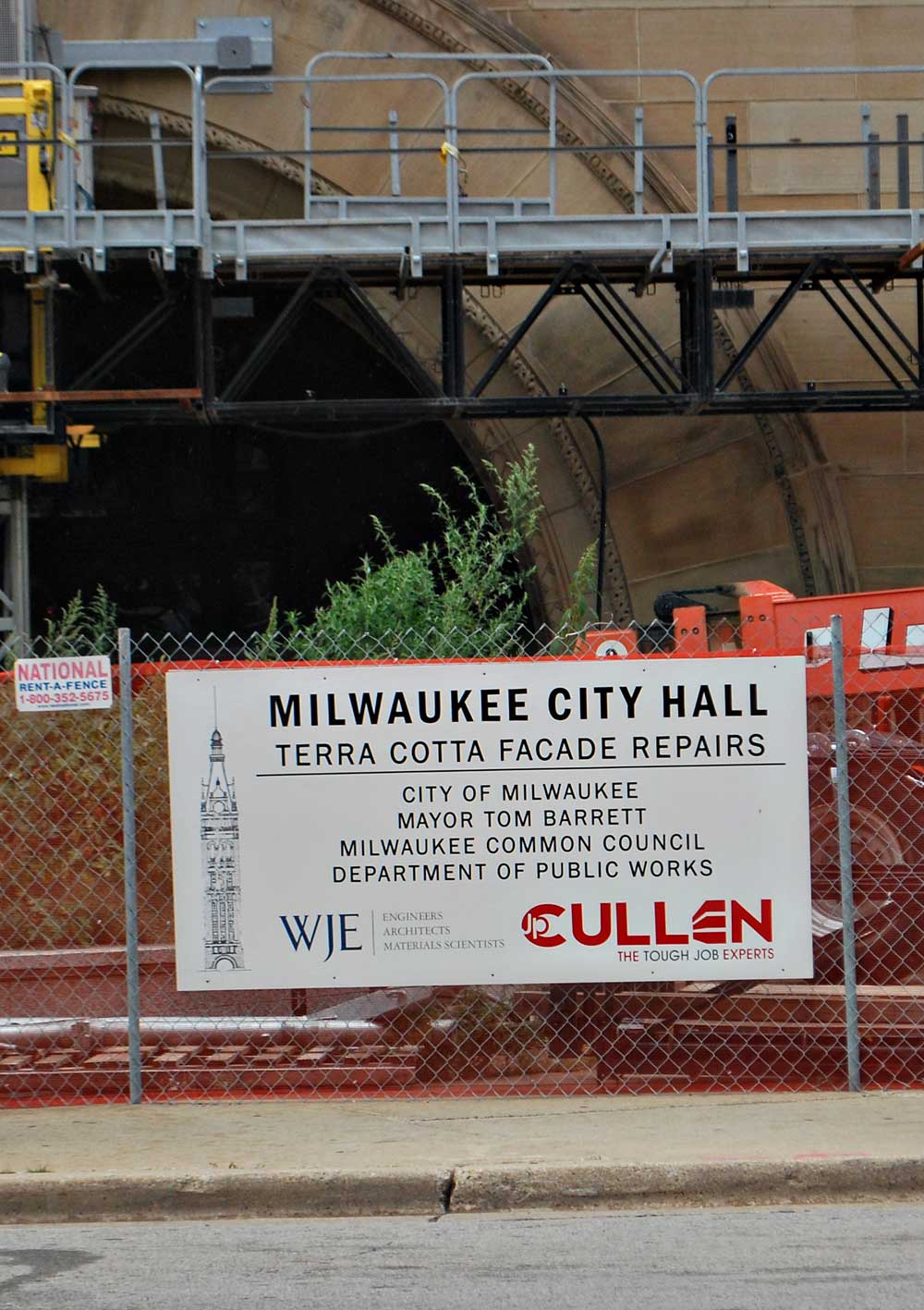 In 2006, the city began an exciting restoration project on the historic building’s exterior and due to some unfortunate developments, the project just never ends. Originally built in 1895, the City Hall is a 393-foot Flemish Renaissance Revival and is trapezoidally nestled between four angled streets. 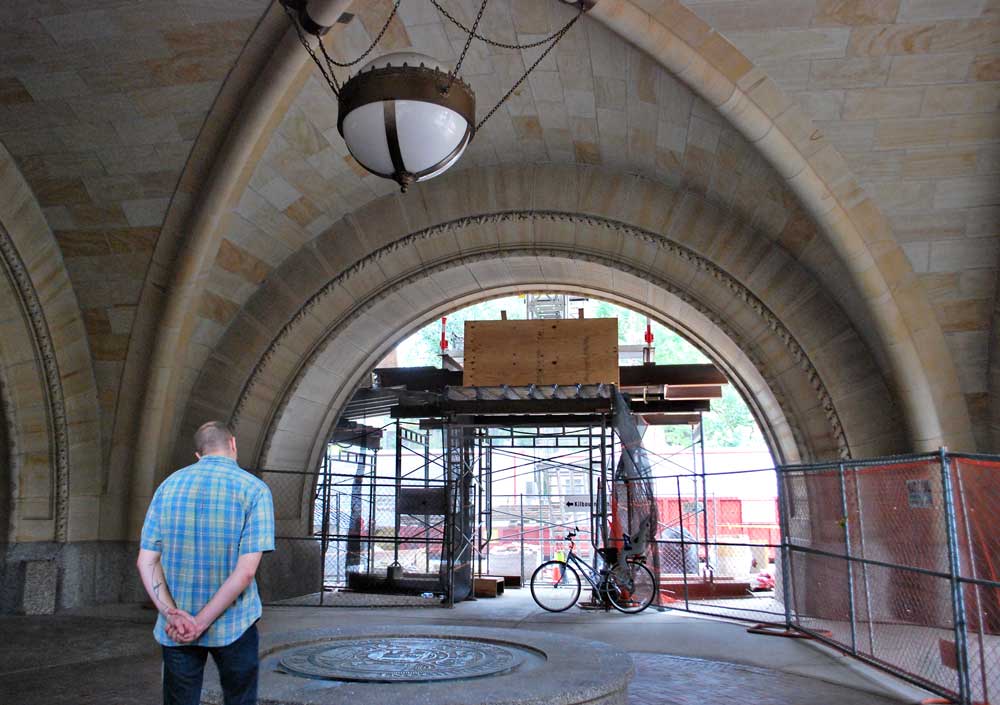 To get into the building, you have to walk through a tunnel of scaffolding before it gives way to what someday will once again be a welcoming open-air rotunda. 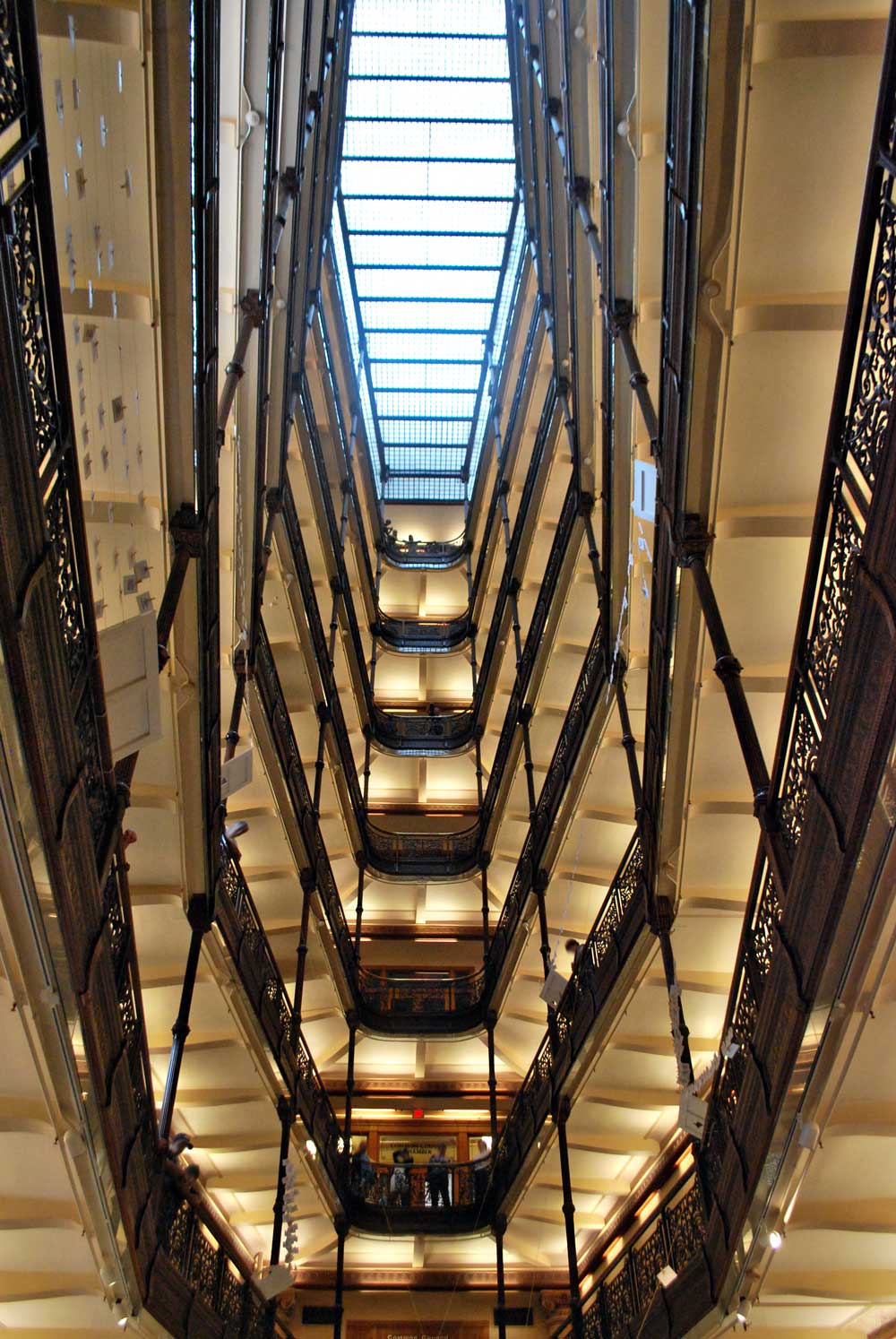 And then you step inside. Voilà…here is this fascinating interior of intrigue. All eight floors of it. 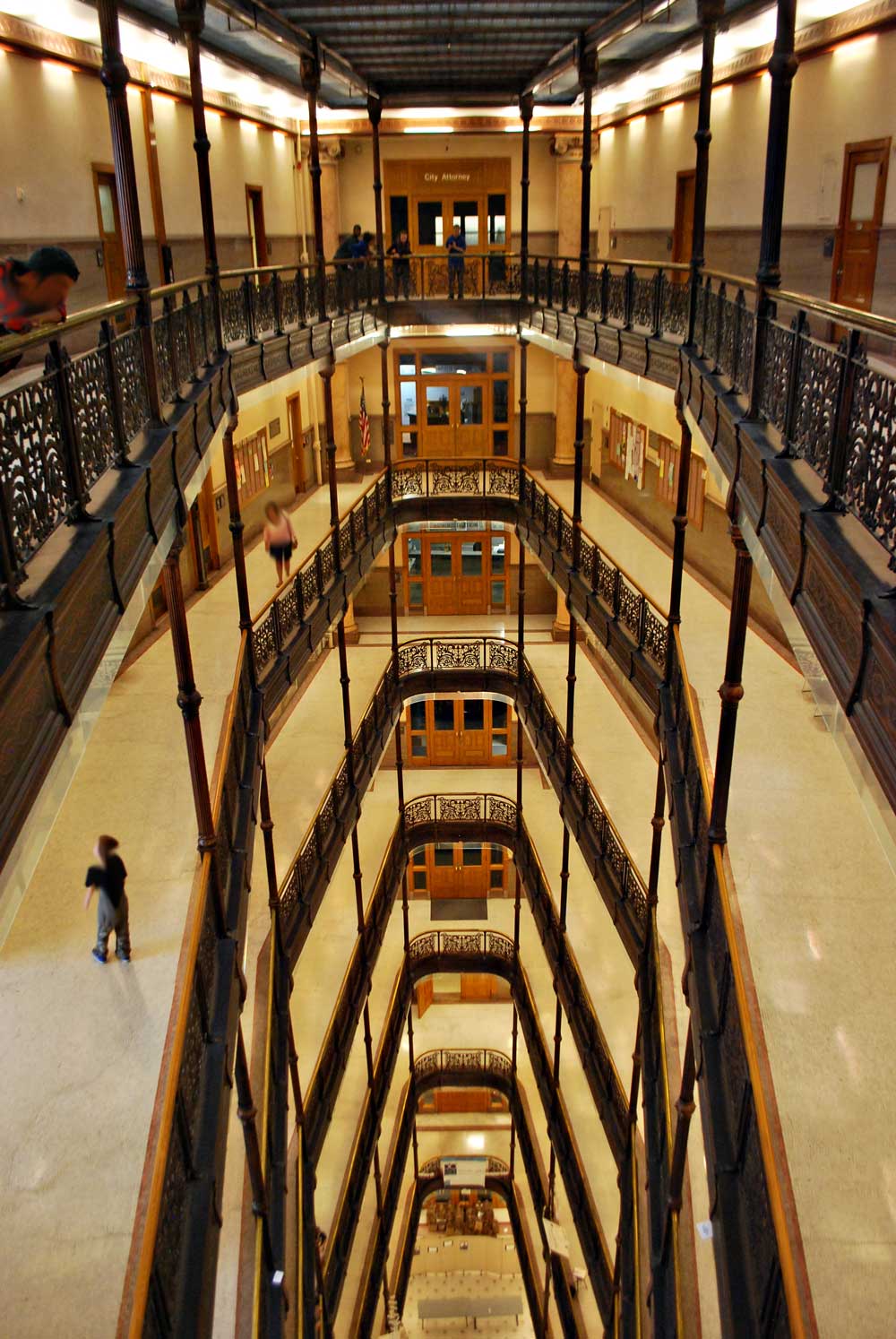 As history goes, seven people jumped to their deaths during the Great Depression. This led to the installation of a protective wire barrier and it remained in place until 1988. 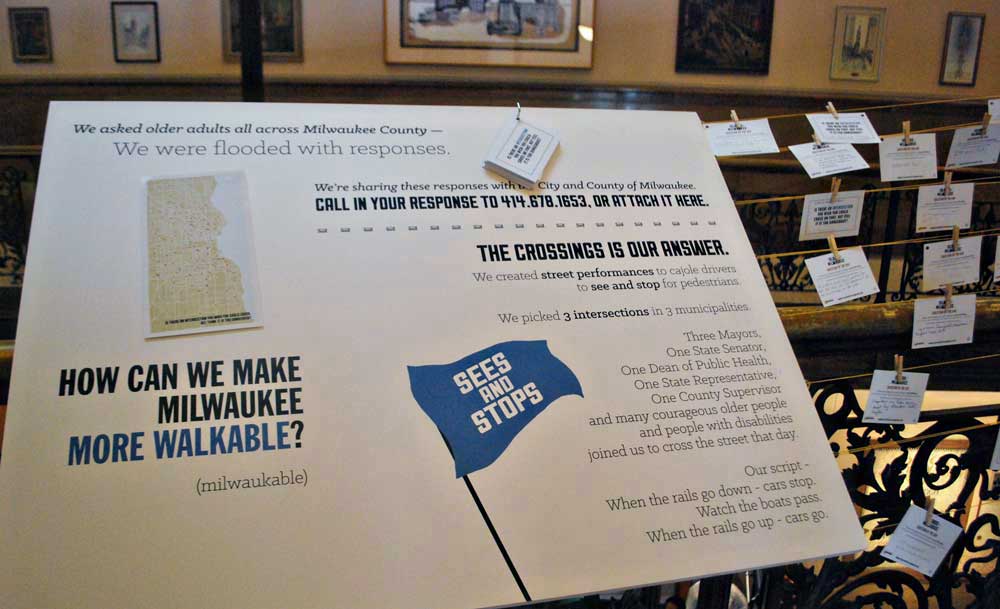 I like this. It shows both a sense of sustainability and community. I also like the creative display of responses. 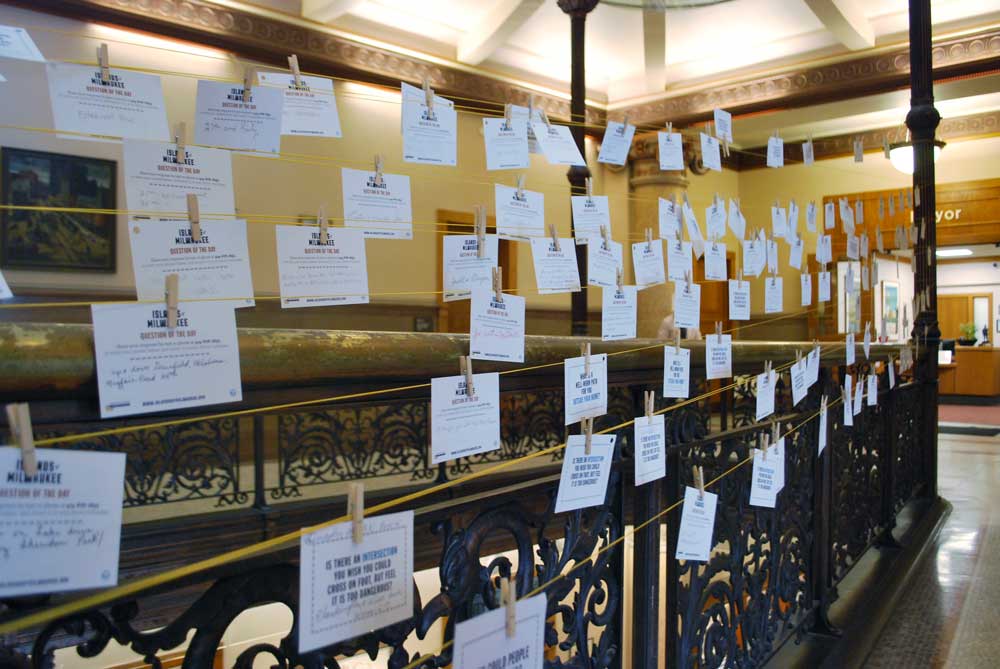 There is great beauty in repetition and serendipitous alignment!

That’s all for today, folks. Come back tomorrow for the Basilica of St. Josaphat. You’ve just got to see it!