Meet Me at the Pfister 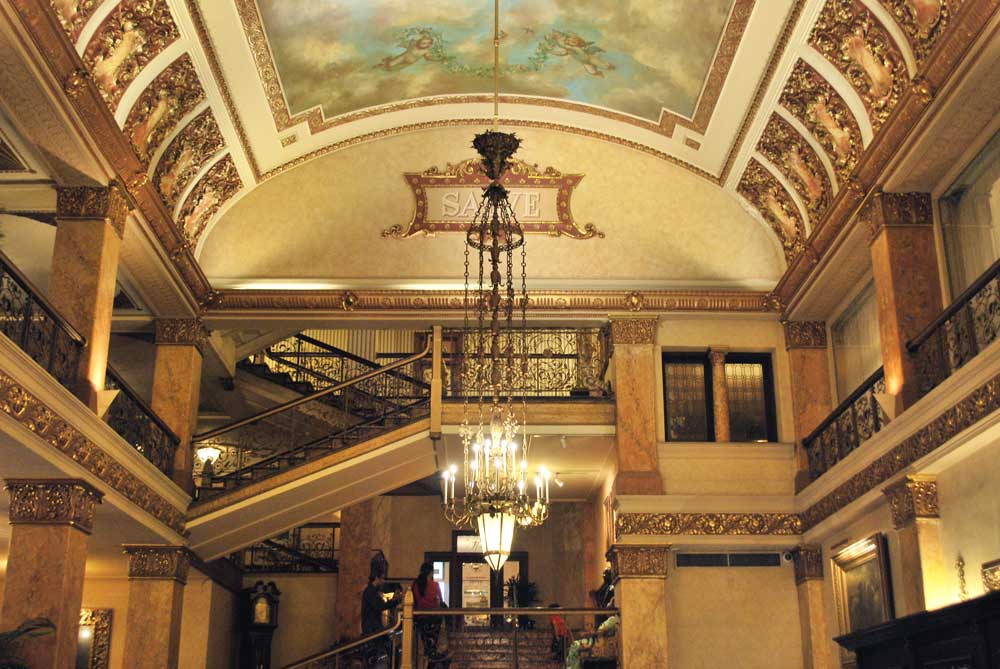 This spring my daughter-in-law, a native of Chile, became a U.S. citizen. Her naturalization ceremony took place in Milwaukee’s majestic Federal Courthouse and afterward we celebrated with lunch at the Pfister Hotel. It was very special. So naturally, since we were in the neighborhood for the Doors Open Milwaukee event, we stepped into the Pfister for a reminiscing visit.

One of many things that made our spring luncheon meaningful was the attentiveness of our waitress. When she heard of my daughter-in-law’s celebration she lavished us with anecdotal history of the hotel. “Meet me at the Pfister,” she said, was a common thing to pass along from one immigrant to another. Because the Pfister is right across the street from the Federal Courthouse, meeting there before and after a naturalization ceremony was the traditional thing to do. And since both buildings date back to the late 1800s, you can bet generations of immigrants have met at the Pfister. 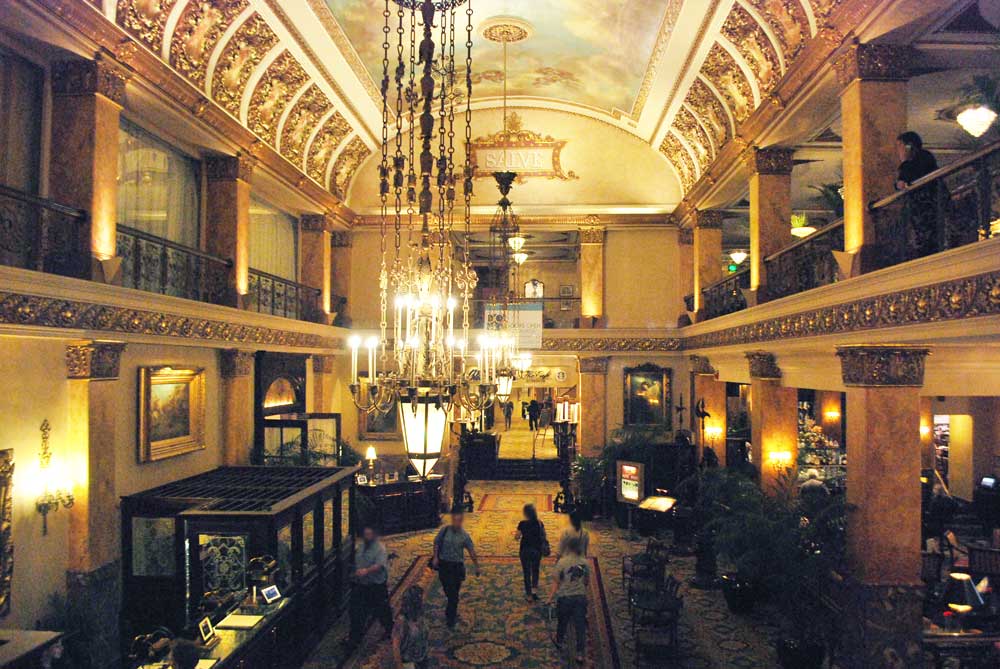 As you can see, the hotel glories in its Victorian style. It’s described as a Romanesque Revival and everything about it, from the extensive artwork to the potted palms, affirms Victorian. 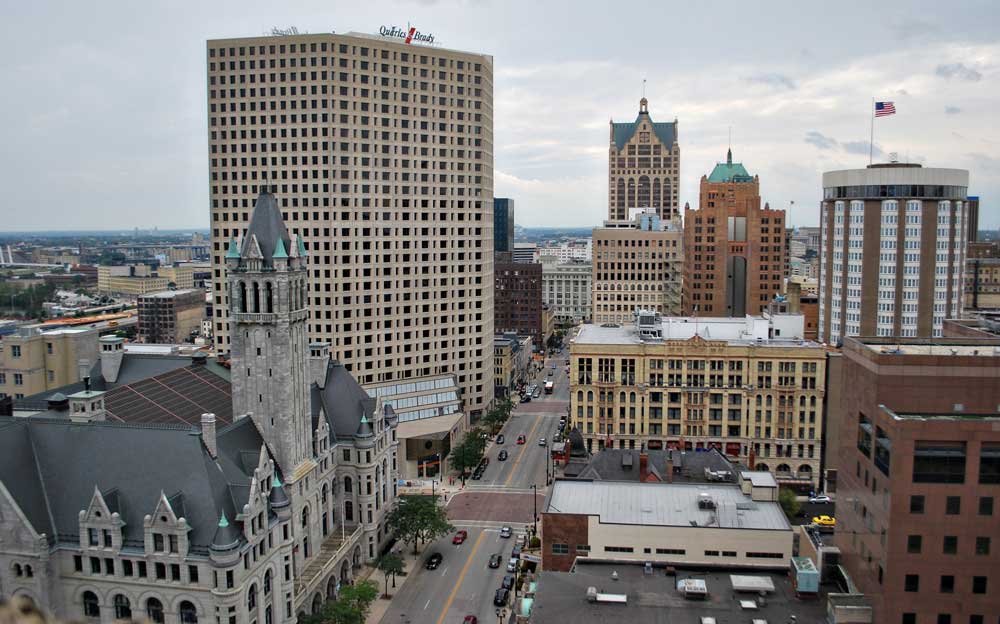 In 1962, the Pfister was purchased by Ben Marcus. He restored the structure to its original glory, which is awesome. But he also added a 23-story tower of rooms that is, shall we generously say, not-so-awesome. Luxurious as they are on the interior, from the exterior they don’t quite harmonize with the Romanesque Revival. I hate when that happens. But once again in the spirit of generosity, let’s predict that the addition will someday be a historic example of typical 1960’s architecture.

The grey building with copper turrets on the left is the Federal Courthouse Building. The building of yellow brick, known as Cream City Brick, in the center is the original Pfister Hotel. And the lovely (ahem) circular tower behind it is the Pfister Hotel addition.

Milwaukee does have an interesting skyline, doesn’t it? I took this photo from the Gas Light Building. Stay tuned until tomorrow!