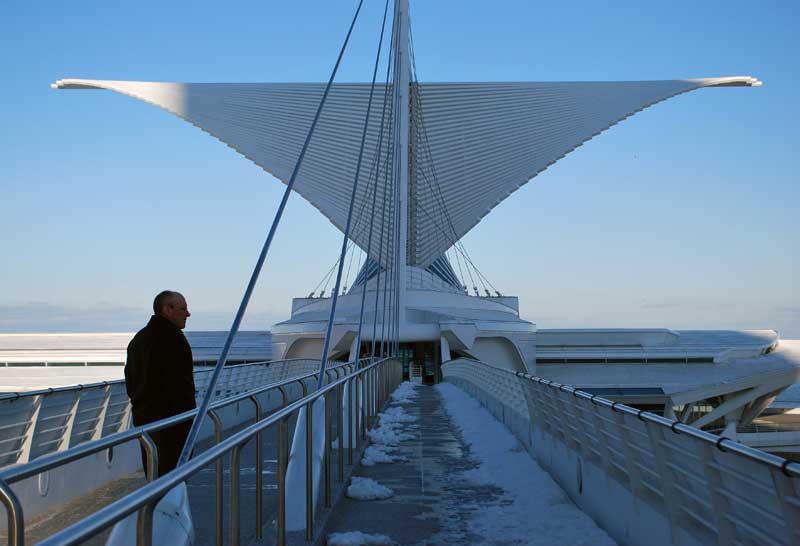 Two weeks ago, I was able to drag my husband to an AIGA guided tour of the Milwaukee Art Museum’s Color Rush: 75 Years of Color Photography in America. I was particularly interested in this exhibit because, back in September, the museum’s graphic design team gave us AIGAers a peek of their studio deep within the underbelly of this fascinating structure. At the time, they were designing visuals for Color Rush. It was amazing to see how much planning and work goes into such an event!

As you can see, the museum, with its Burke Brise Soleil, is art in itself. (I think my husband is too:-) 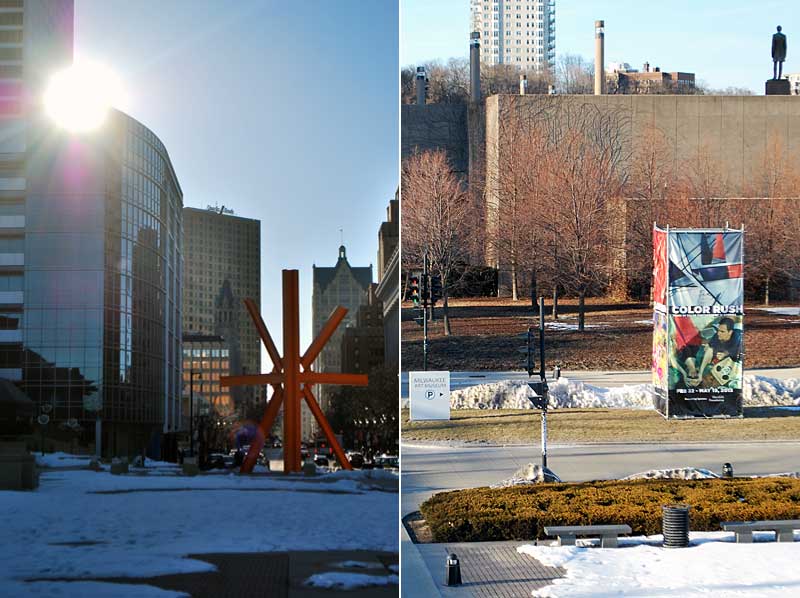 In fact, Milwaukee is an all-around artsy city. The Calling is a sunburst sculpture that gets a quick peek from visitors as they come out of the parking ramp and then turn towards the crosswalk over Lincoln Memorial Drive. 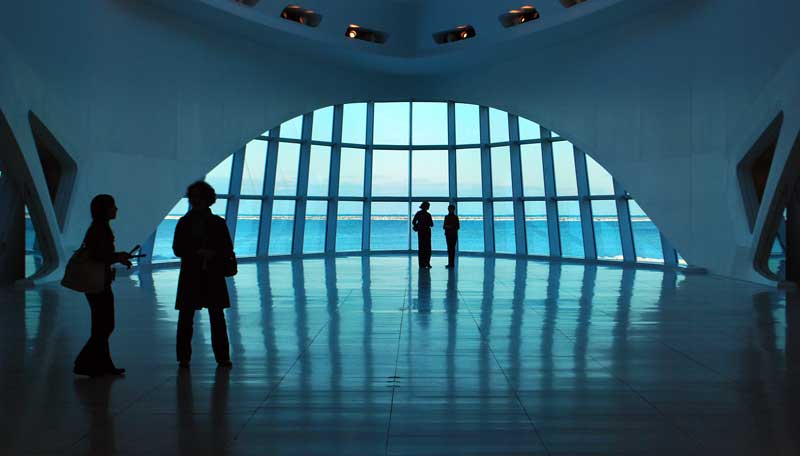 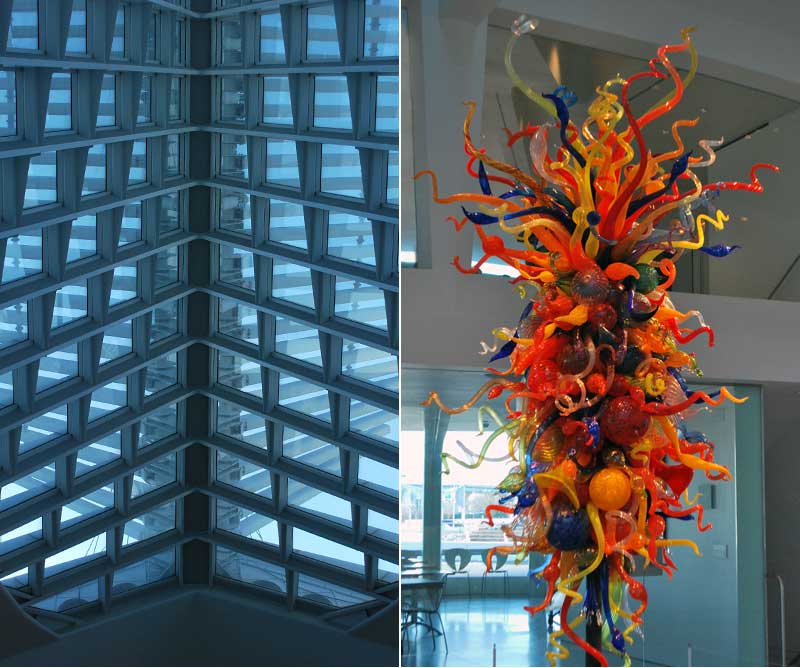 The street entrance to the museum is beautiful Windhover Hall. It has this mesmerizing span of windows overlooking the lake and a stunning glass ceiling that looks up to the underside of the Briese Soleil.

I chuckled at a toddler bouncing against the guard ropes around Chihuly’s Isola di San Giacomo in Palude Chandelier II. Needless to say, his parents were stressing out a bit about that (been there, done that). Here’s an interesting project where school children studied Chihuly at a more age-appropriate level. 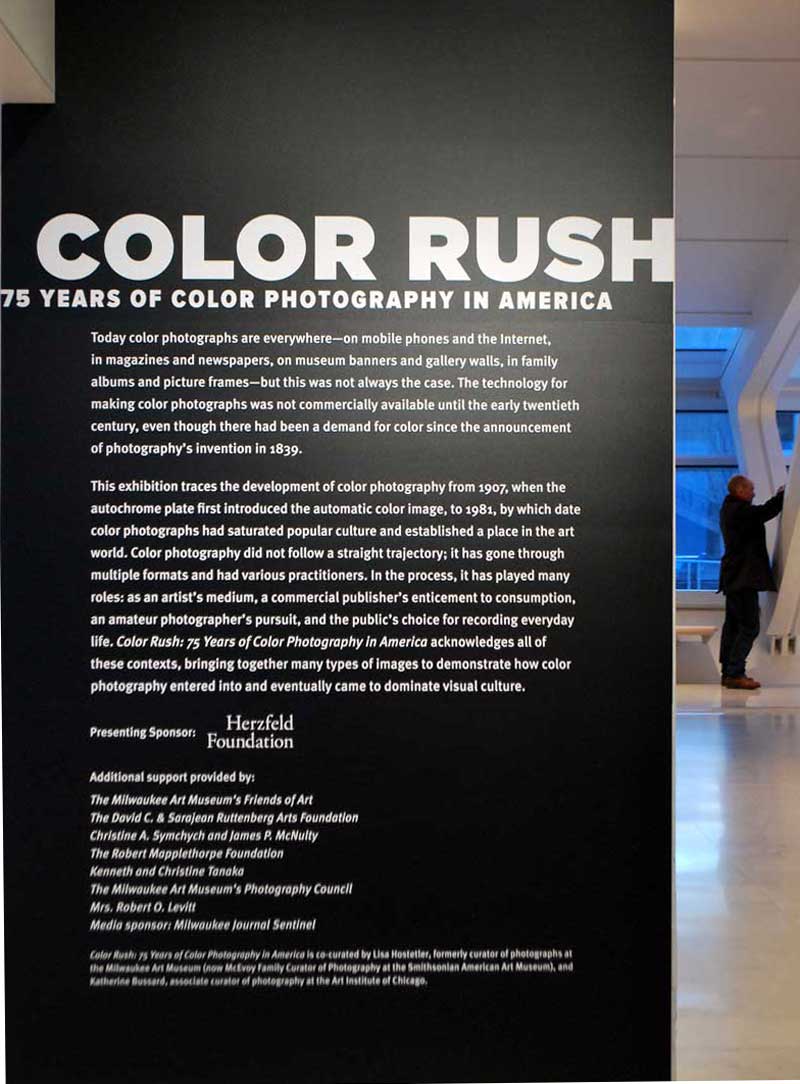 I like how they set up the entrance to the Color Rush exhibit—they prepped viewers with this incongruous black and white introduction before moving them into the gallery’s full-color displays. My photo turned out pretty cool too. Check out the contrast between the sign and the flash of blue behind it, plus the gentleman in black looking the opposite direction. How’s that for serendipity?! 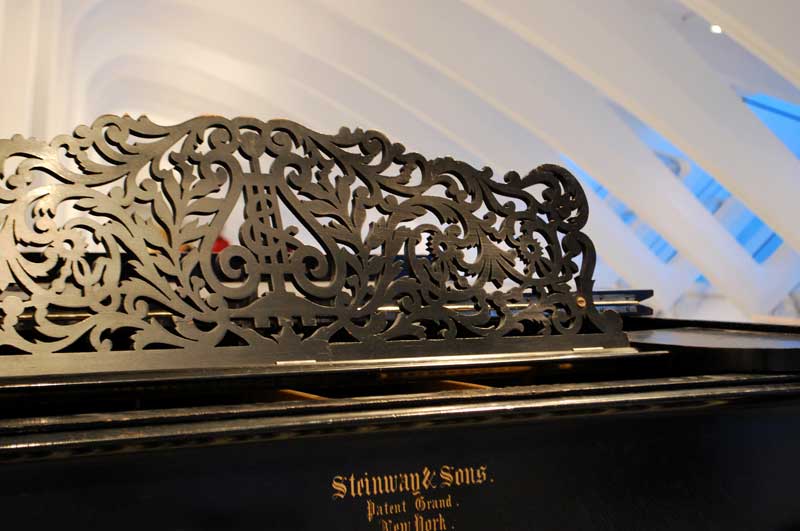 I love the contrast between this ornate, black, somewhat-aged piano against the clean, white lines of the side gallaria. What do you think the acoustics are in this space? 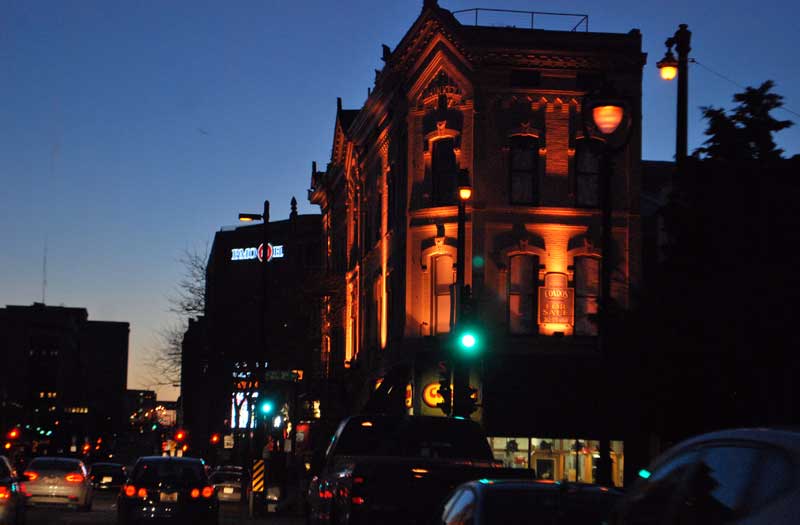 After our tour, we headed downtown for a bite to eat. As much as I love the city of Madison, when it comes to architecture Milwaukee has it beat, hands down. Each downtown building is more historically characteristic than the next. 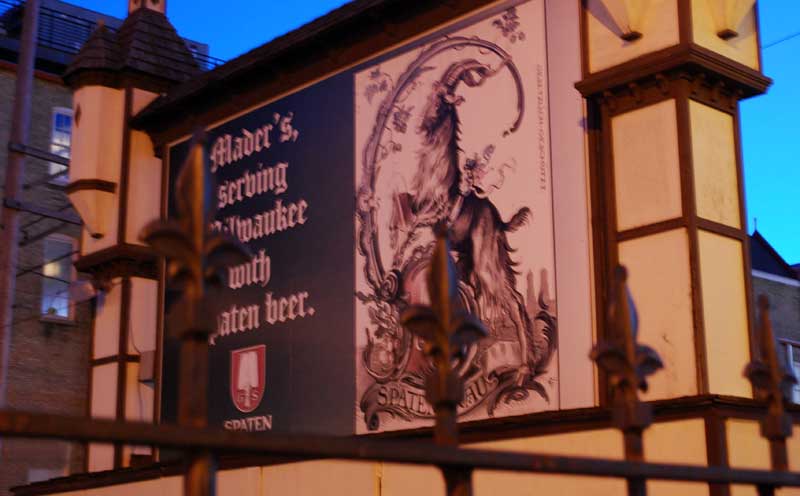 We ate at Mader’s, one of Milwaukee’s oldest restaurants, with lots of good, German food and beer… 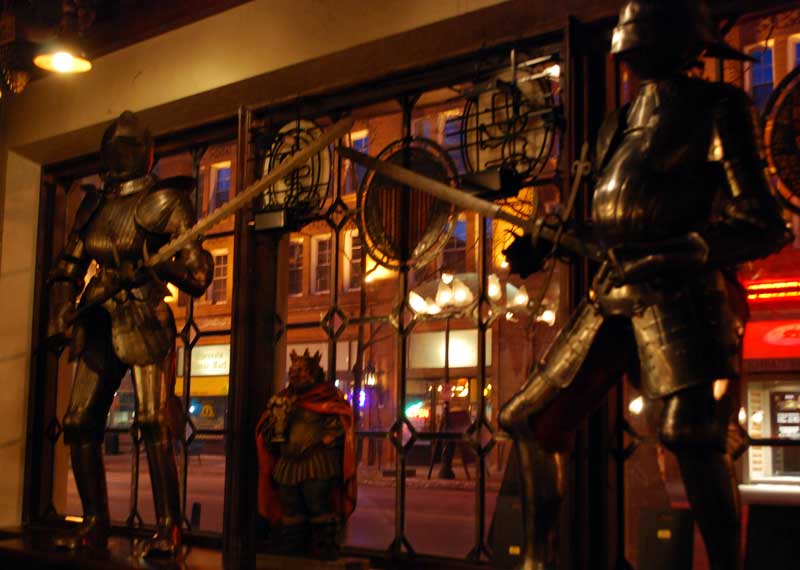 …and vintage collectables everywhere. It was like being in another museum! 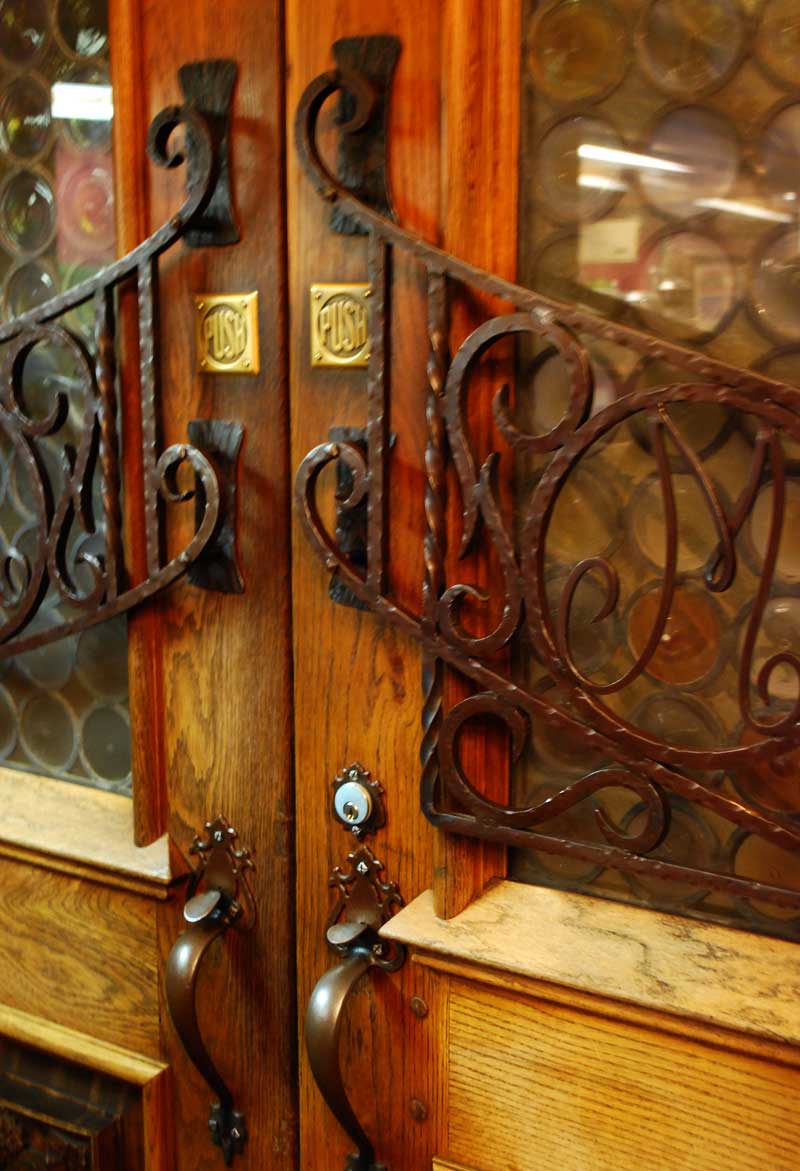 And wouldn’t you know, unbeknownst to me, my phone fell out of my pocket while we dined. Mader’s graciously called me the next morning to say they found it on the floor beside our table. Oh well, a trip back into Milwaukee isn’t so bad.

The Color Rush exhibit is on from February 22-May 19, 2013. So head on down to Milwaukee’s lakefront and check it out! You’ll find lots of other interesting things to see and do as well. Milwaukee is such a beautiful city!