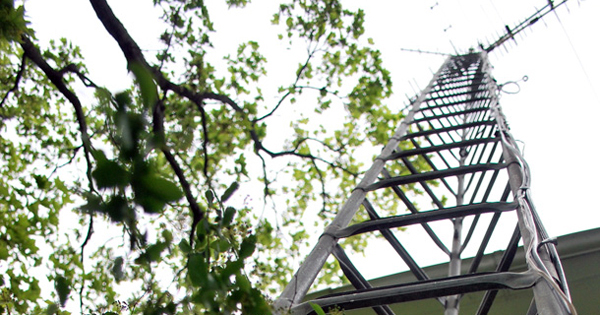 Today, one of my LinkedIn group members asked, “What if the internet was suddenly unavailable?” Of course a storm of comments followed.

Let me tell you what it’s like for me and my business. Like most, I’m completely dependent upon the internet. Sure, I could probably live without it. But let’s be real—there would surely be major backlash for everyone if we had to suddenly revert to pre-online days.

Unlike many businesses, however, I don’t have the luxury of reliable, high-speed internet. I do have internet, yes. But I operate from a small, 10-square-mile pocket that for some reason doesn’t get the clear connection other areas take for granted.

Cable or DSL? Not in these neck-of-the-woods.

Instead, I have WLAN, a point-to-point connection from my antenna to a provider’s tower. It’s hit and miss, expensive and limits my data usage. Inevitably, whenever I have a crucial deadline or a sort-of-large file, my internet fails (now you know why I love coffee shops and libraries:-).

Funny thing, I’m centrally located between Milwaukee and Madison, two of Wisconsin’s largest metropolitan areas. Not exactly Siberia. If I have trouble with internet, what about the thousands of small businesses in western and northern Wisconsin? What about rural areas in any other state?

Here’s an interesting chart of internet availability in the U.S. And here’s a New York Times article on how many areas of the U.S. still are without internet. Really? In the very nation that started the internet? At a time when self-employment and small businesses are considered the Industrial Revolution of our time, how does limited internet affect those opportunities?

The WBA is going to be that voice. It’s going to speak for entrepreneurs, particularly small business entrepreneurs, as they seek an “infrastructure that supports a resilient economy, including roads and rail lines, internet access, cultural assets, and public utilities such as power and water.”

I’m excited about this new organization and proud to be a charter member. When people join together and work for the good of all, great things are sure to happen.