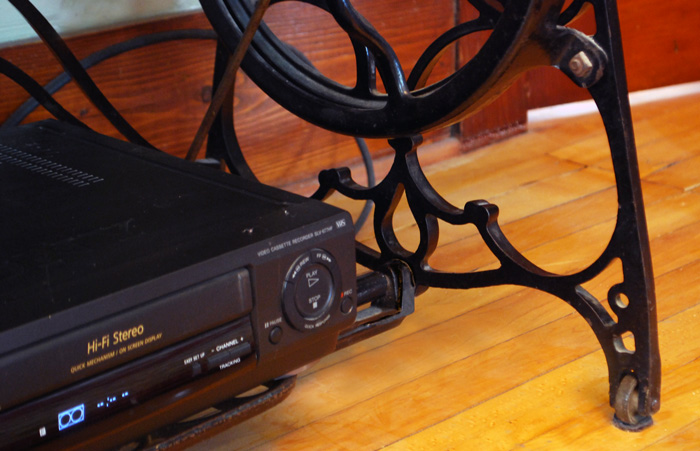 So, apparently people don’t use VCRs anymore. Who knew? My husband and I are a bit moronic in the TV department (we don’t even have cable), so anyone checking out our entertainment center will instantly see we’re brainlessly outdated.

Want to know how someone will conclude the same thing of you? Just by looking at your writing? They will if you’re still putting those ridiculous two spaces after a period.

Back in the Day

Long ago—oh, so very long ago—we used typewriters and, yes, we did put two spaces after a period. We did so because typewriter characters were monospaced—that is, every letter occupied an equal amount of horizontal space. This made it hard to determine one sentence from another, hence the double space between sentences.

When computers came along, fonts became proportional. Different letters had different widths. Today nearly every font is proportional and we no longer need to use two spaces after a period. In fact, not only do two spaces not enhance readability, they actually take away from it. Two spaces create large gaps of white—some fonts worse than others—that actually slow the reader and make it subconsciously more difficult to focus.

Go ahead, check out newspapers, magazines and books, both hardcopy and online. You won’t find any professionally printed publication that uses two spaces after a period. They haven’t for a long, long time.

Folks, It’s Time to Give It Up!

The transition from typewriters to computers happened more than 25 years ago. Twenty-five years! When you refuse to give up the double space, you not only hinder the readability of your writing, you brand yourself as brainlessly outdated.

Many people say using two spaces is what they learned in school and it’s simply a hard habit to give up. But wait, some of you are only 25-30 years old! In your readers’ eyes, not only are you one of  the detrimentals listed above, it seems you didn’t get an opportune education (and maybe what you’re writing isn’t so credible after all).

Understand what I’m saying folks? See how the double space makes you look?

And now, I’m off to my upstairs entertainment center where we actually have a DVD player. Yeah, we’re not such old fogies after all.

6 thoughts on “#1 Way to Instantly Outdate Yourself”