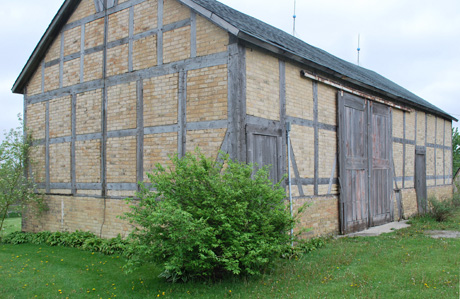 So, yesterday my husband and I got a letter from the Jefferson County Historical Site Preservation Commission. It seems our farmstead has been identified as a “resource that could have historic significance at a county, state and/or national level.”

Of course we’re intrigued. We assume the letter is in reference to our fachwerk barn and we’ve marked the date for the upcoming meeting.

And since May is historic preservation month, should anyone ask of my favorite old building (like I’ve been asking all of you), of course, I’m going to expound on my beloved fachwerk barn.

It is pretty cool isn’t it? 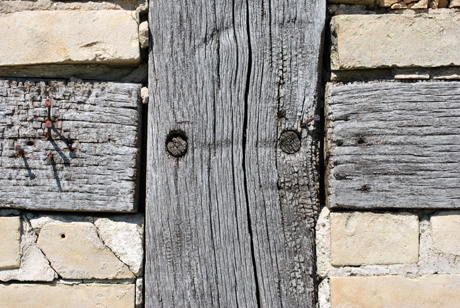 When we bought this farmstead 25 years ago, the barn was covered in white clapboard siding and we had no clue of the architectural treasure underneath. When we stepped inside and saw the bricks, well, we got a little excited.

And we started our research. 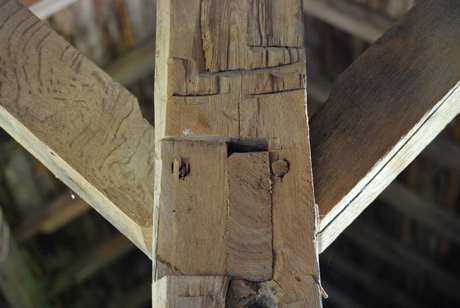 Fachwerk, or framework, is the German name for timber-frame architecture found throughout Europe, particularly in areas where timber was in short supply. Builders used hewn lumber for the skeletal framework and then filled in the remainder of the wall with burned or dried brick.

Aren’t these hand-hewn beams beautiful? And, oh, the symmetry!

According to William Tischler, in his article Fachwerk Construction in the German Settlements of Wisconsin, this design was popular among German Lutherans who emigrated during the 1800s. They came from Germany’s northern areas of Brandenburg and Pomerania and then settled in Dodge, Jefferson, Washington and Osaukee Counties of Wisconsin. 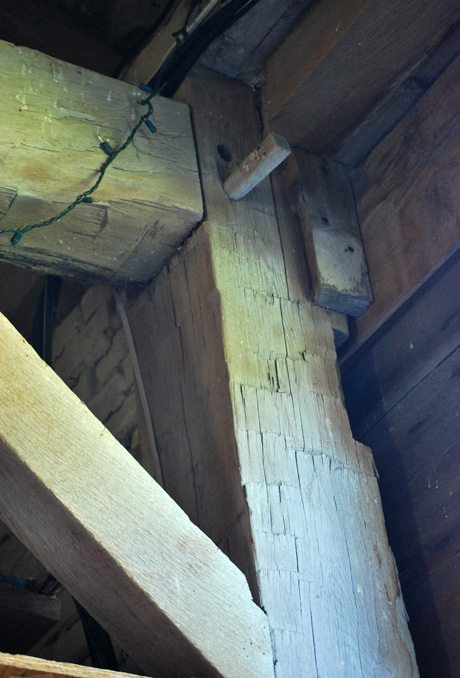 Our barn fits into this era. Several years ago, a man passing by noticed it and stopped to chat. Interestingly, he worked at Old World Wisconsin, and was familiar with the historical construction of Wisconsin barns.

Based on the angles and structure of the beams, he estimated our barn was built before 1850. 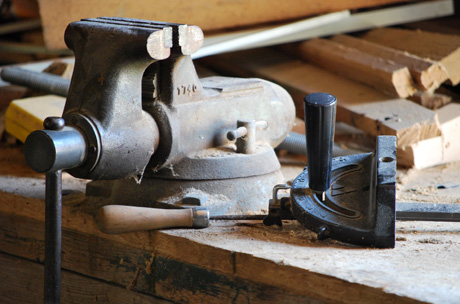 My husband is a phenomenal woodworker and, fittingly, he uses the barn for his workshop. We’ve occasionally have had a party or two in there as well.

It’s a special building, that it is. I’ll let you know how the meeting goes.