Does social media make promotional benefits of the newspaper press release a thing of the past? Of course not. Especially in small town chronicles where local items make up a majority of the news. Adunate’s recent copywriting project was this release for Forward Mutual Insurance Company—a strong, innovative company befitting of its name. 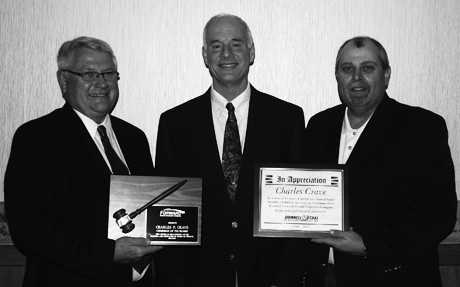 IXONIA, WI, (March 24, 2012) – Chairman Charles Crave announced his decision to retire as a board member of Forward Mutual Insurance Company at its recent annual policyholders’ meeting. Crave, who has headed the Ixonia company since 2010, wishes to devote more time to his farm and family.

“Chuck has been a guiding force for our mutual,” says Howard Wiedenhoeft, president and CEO. “Two years ago, his leadership made the merger of Watertown Mutual and Ixonia Mutual possible and made us the strong organization we are today. We’re going to miss him here at Forward.”

In the fall of 2011, the mutual began construction on a 1500 square foot addition to its office building, located at W1202 Glenview Ave., in Ixonia. The project will be completed in spring and an open house is scheduled for Friday, May 18, from 2 to 6 p.m. All policyholders and the public are invited.

Forward Mutual Insurance Company provides insurance to home and farm owners in 16 counties throughout southeast Wisconsin. It maintains a policyholders’ surplus of $5.1 million and an A.M. Best rating of A minus.

“Forward Mutual is the only town mutual in Wisconsin to have an A.M. Best rating,” says Wiedenhoeft. “As our organization grows in many ways, we’re confident about the future and await the challenges that lay ahead.” 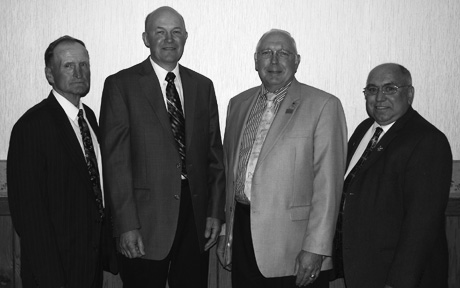