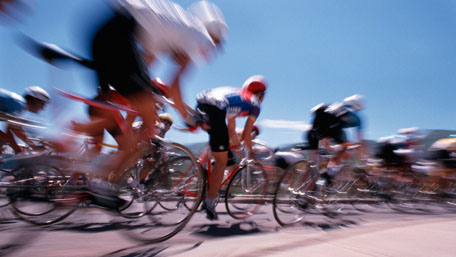 So last week I found myself sitting in a seminar with all these geeky, techie people. Some were major geeks because they were web code developers. Others, like me, were mediocre geeks because they were web designers. Sometimes it feels like the movie Breaking Away with designers pedaling against developers. But for the most part, we’re all in the same race in that we all must continually upgrade our skills.

Last week, we were all learning the latest and greatest internet code language—HTML5.

(HTML5 is basically the next generation of HTML. It’s awaiting approval from head honcho internet folks at W3C, and someday all web developers and designers will need to add it to their backpack of required web languages.)

Attending the seminar made me think of this article, which asks designers if they’re keeping up-to-date in order to stay competitive.

Two weeks ago I posted the question asking why a web site costs so much. Well, keeping current (which translates into competentency) is one reason why. Keeping current is a never-ending track for designers and developers. It takes time. It takes money. But if we’re to provide you with a successful, effective product—whether print or web—we need to keep up with the ever-changing technology, programs and requirements.

Is your designer keeping up?

Are you willing to pay for a designer who’s keeping up? You may end up paying a lot more in lost revenue if you’re not.

In addition to regularly attending seminars and classes, Adunate keeps current with a lineup of extremely smart developers. Together with my design finesse and their coding suave, we create websites that are artistically and technically the best they can be.